Click here to see all the 2022 RSD Black Friday releases we still have available!

We buy many kinds of old paper from the 1970s and earlier - things you might not believe anyone would want! What are we doing with it? Find out here. 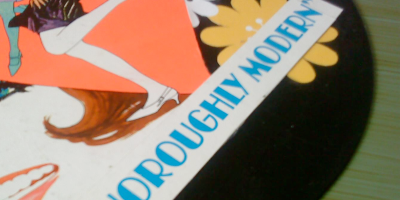 Let’s define what is meant by the term the modern vinyl record.

It has a relatively long playing time and does so while reproducing sound in what is called high fidelity.

High fidelity, or Hi-Fi for short, simply means that the device is capable of reproducing sound accurately throughout the full hearing range of the human ear, and does so realistically, i.e., without introducing significant quantities of noise or distortion.

That is not to say that every record meets this definition.

As an example, a recording from the 1920s when transcribed and played back on a modern vinyl record is not going to exhibit high fidelity characteristics.  It remains limited by the original recording’s characteristics and cannot be improved upon just because the media is capable of high quality.  And not all records were manufactured with the same quality.  In fact there were some pretty cheaply made records that do not provide good sound reproduction.  And there will always be poorly engineered and/or mastered recordings.

For our purposes of describing the Classic Vinyl Listening Experience we are referring to records that provide high fidelity sound quality.  For their first 25 years, vinyl records were made from a high quality raw material, but this changed in 1974 with the oil shortage (vinyl is an oil bi-product).

Vinyl records produced during and after the oil embargo were not necessarily of the same quality as before that time, because manufacturers searched for replacement materials and filler to stretch what vinyl they could acquire.  And a few years later, it is likely that record quality was purposely sabotaged with the advent of the compact disc (CD), as the record companies wanted consumers to switch to the “superior” sound of CDs because of the reduced costs (increased profits) associated with making CDs.

Thankfully, the vinyl records produced in recent years are of good quality once again.